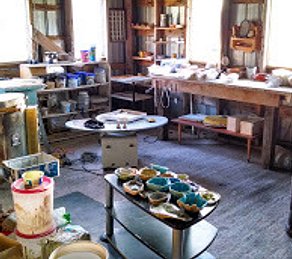 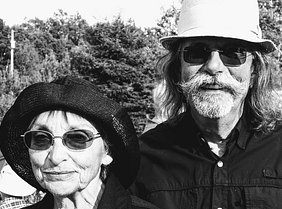 We, CAML Pottery, began our experience with ceramics by taking a number of classes from instructors in New Orleans about twenty years ago, culminating with classes at Delgado Community College under the instruction of Phillip Jackson.

Since that time we have continued to ‘play in clay’ from east to west (Florida to Arizona) and north to south (Nova Scotia to New Orleans). In the 'north' we have established a small clay studio at our home in Amherst Shore. Melanie's pieces are hand built while Charlie's are wheel thrown; glazing done in Arizona is high fire (Cone 6) while in Nova Scotia it is predominantly low-fire (Cone 06-04) with the occasional high fire.

FYI, CAML is really Charlie Atherton and Melanie Landau who may be reached by email at cratherton@gmail.com